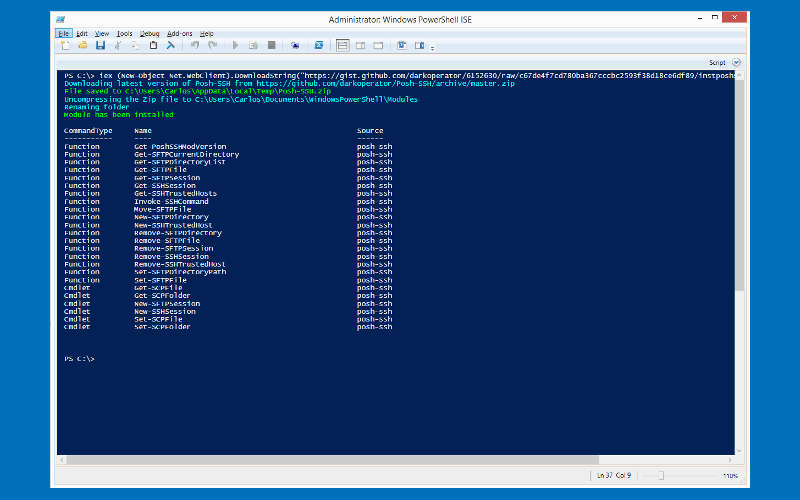 For security reasons, scripts are often “remote signed” which means that unless the author is “trusted”, you can review scripts in notepad, but the scripts cannot be executed. This is a security feature to prevent unwanted code being accidentally executed on machines. One way to make a script usable is to use the <unblock-file -verbose> command in Powershell 3.0 and higher to unlock scripts. Be sure to check code before adopting.

For help with scripting problems, visit the Powershell Community at: